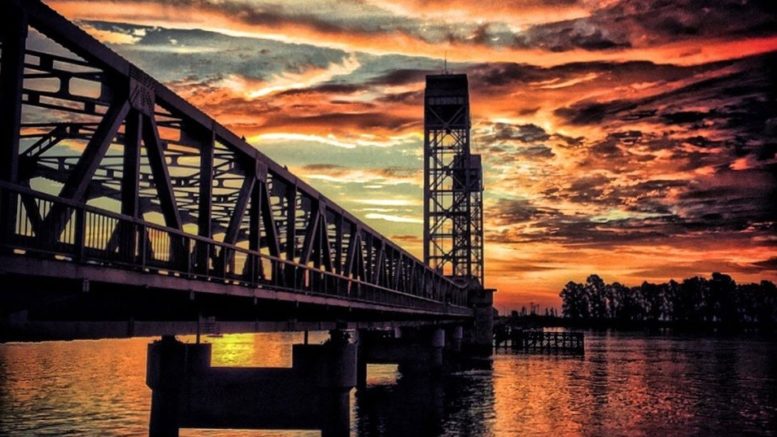 Rio Vista is one of several Delta towns to host meetings of the Delta Conveyance Authority’s Stakeholder Engagement Committee. Its members are raising questions about the state’s plans and timeline for a Delta tunnel. (Photo by Gregory Mitchell)

Were COVID-19-related concerns intentionally downplayed to the Delta Protection Committee?

Members of a committee designed to ensure Delta communities and tribal groups have their say in a proposed, life-changing tunnel project have been told to work through the coronavirus pandemic—or be left out of the process. Some committee members also claim that state officials misrepresented that fact to one of the most important commissions monitoring their efforts.

The dust-up has caused Sacramento County Supervisor Don Nottoli to challenge one state official about transparency, while the Delta Protection Commission has officially asked California planners to halt their work on the tunnel during the virus outbreak.

So far, that hasn’t happened.

The tunnel waits for no contagion

The rift between members of the Delta Conveyance Design and Construction Authority’s Stakeholder Engagement Committee, or SEC, and state officials came into glaring focus at an April 9 virtual meeting of the Delta Protection Commission.

As the state Department of Water Resources continues working on the Environmental Impact Report for Gov. Gavin Newsom’s new single-tunnel concept—a downgrade of former Gov. Jerry Brown’s twin-tunnels project—state officials formed the SEC to give those who would be most negatively impacted by the tunnel a voice in its design.

The Delta tunnel proposal has long been plagued with concerns that any attempt to move large amounts of fresh water out of the Delta will collapse its ecology and wither its thriving farms. Studies of previous versions of the project also question how the Delta’s historic towns can survive the massive, multi-decade construction, while indigenous tribes living along the Trinity and Klamath rivers worry it will decimate the ecology of those waterways.

The SEC was formed to bring all of those concerns to the table.

On April 9, Kathryn Mallon, executive director of the Delta Conveyance Authority—the joint powers authority that DWR created to design the tunnel—told the Delta Protection Commission that the SEC is meant to build trust and transparency in the process.

“The basic purpose of the [SEC] is to provide a public forum to present information to a broad group of Delta constituencies, drawing on their knowledge of their knowledge of the Delta and particular area of insight,” Mallon explained, “and then reflect their thoughts and ideas in our engineering documents.”

Mallon went on to tell the commission that SEC members were willing to carry on their work with virtual meetings during the pandemic.

“We’ve been in very close contact with the SEC committee members, and there’s significant support to continue to move forward using AV technology….” Mallon said. “They all seem comfortable and prepared for our upcoming meetings.”

Nottoli immediately questioned that assertion. He said he had received a letter from one SEC member asking for the meetings to stop and had seen similar requests.

Mallon replied that there had been “one” SEC member who expressed concerns due to a family health issue.

However, moments later, three SEC members joined the meeting by phone to contradict Mallon’s claims. The first was Malissa Tayaba, director of traditional ecological knowledge for the Shingle Springs Band of Miwok Indians who represents all Delta tribes on the committee.

“I think the tribes feel the same way and want postponement,” Tayaba said. “We request all hearings, meetings and public comment be postponed until the COVID-19 health pandemic is over. At a time when lives are being lost and people are caring for sick loved ones, with sheltering in place and people losing their jobs … we feel true public engagement in consultation with the tribes cannot be adequately done under these unprecedented circumstances.”

“I don’t really understand why we would move forward when the whole purpose is for us to reach out to our communities and to actually do engagement, when no proper or meaningful engagement can be accomplished at this time,” Swenson said.

Finally, the SEC’s public safety representative, Cecille Giacoma, also disputed Mallon’s portrayal of the committee. “This is crazy to go forward when we’re all worried about life and death issues,” Giacoma told commissioners.

All of this left Nottoli perplexed as he spoke to Mallon.

“It was made to sound like, even now in your presentation to me, like only one person objected,” Notolli said. “I guess I’m concerned that something that will have such a lasting effect, with the magnitude of what we’re talking about, is continuing on while we’re in the midst of this crisis.”

Mallon maintained that the SEC was ready to move ahead. Nazli Parvizi, a spokeswoman for Mallon, later said that when Mallon told commissioners that only one SEC member had expressed concerns, she specifically meant the next scheduled meeting.

Four days after the flare-up, the Erik Vink, the Delta Protection Commission’s executive director, sent a letter to Mallon and DWR Director Karla Nemeth officially asking that they halt the SEC meetings during the pandemic.

There’s no sign that will happen. In an April 21 email that Mallon sent to various SEC members, she made it clear that keeping the Delta tunnel project on schedule is a priority even during the pandemic.

“The State is committed to moving forward with the work on their originally proposed schedule,” Mallon wrote. “I agree that government needs to keep the important work moving forward and this administration has stated on a number of occasions that this is an important project to the State. Unfortunately, delaying meetings merely means fewer SEC meetings and less engagement with the committee members prior to our end date.”

Several SEC members have taken Mallon’s email to mean give input now, or don’t give it at all.

The Department of Water Resources and its various joint powers authorities working on the tunnel have had other reasons to slow down, though they haven’t.

In December, the state’s own independent team of engineers filed a damning analysis of the new project, advising DWR to abandon some of its core concepts. State officials told SN&R in April that this report is only one data point it’s considering as it proceeds with the environmental analysis.

DWR documents reveal the agency has a tight timeline, with design of the shaft configurations scheduled to be completed this month and design of two huge intakes by August.

SEC member Swenson says that she and others on the committee were surprised DWR insisted on maintaining that schedule once California’s stay-at-home order took effect in March, closing all but essential businesses.

“We thought, ‘Well, the tunnel is not essential, so the governor’s probably going to hold it up,’” Swenson told SN&R last week. “They have to prove this project is beneficial to all of California. Meanwhile, I can’t do the job that I’m charged with, because I can’t do in-person outreach in the Delta. Now, I’m just a listener.”

SEC member Giacoma said this week she was still reeling from how Mallon described the situation in early April.

“I was appalled by that,” Giacoma said. “Clearly there’s an agenda that has nothing to do with the best interests or welfare of the people, that’s for sure. They’re fast-tracking this.”

Both Swenson and Giacoma say a recent virtual SEC meeting was plagued with technical difficulties, preventing some members from even participating. Giacoma says it’s no mystery why.

“There’s no supporting infrastructure in the Delta,” she said. “There’s no broadband.”

The Delta Protection Commission brought up that very issue in its letter to the state requesting a halt.

“It was clear to me from the remote webcast participation that I was unable to fully comprehend the material being presented,” Vink wrote. “So much of the current SEC involves maps, schematics and complicated materials that is difficult to grasp even when one is in the room … It is difficult to see how this information can be relayed in a truly remote meeting format.”

Parvizi, the spokeswoman for Mallon, told SN&R that the state’s IT team has since tried to improve the situation but hasn’t been getting enough cooperation from SEC members.

“Of the four participants who had technical problems participating during the call, three did not return any of our calls to help provide or test equipment, nor did they participate in the test runs,” Parvizi said via email.

Asked why DWR and the Delta Conveyance Authority are continuing work on the tunnel project, despite wide-ranging concerns related to COVID-19, Parvizi suggested that a decision to pause the efforts should come directly from Newsom.

“The DCA does not determine whether or not critical infrastructure projects around the state should or should not continue, that is under the purview of the Governor’s office,” she wrote.

For Swenson, none of what’s happening makes any sense, particularly when the tunnel project could take more than 20 years to build: “I mean, if the projected won’t be finished until my 14-year-old daughter turns 40, how is it an emergency?”

This is your moment