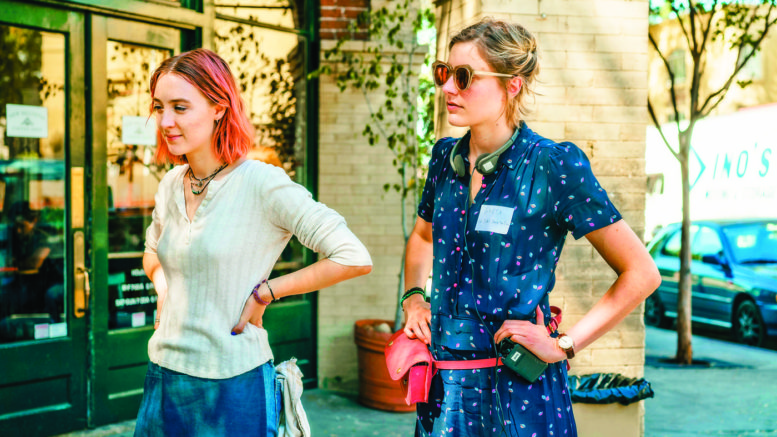 Until Lady Bird, Sacramento-set films weren't always the best of what cinema had to offer. (Photo courtesy of A24)

For better or worse, there’s more to Sacramento movies than Lady Bird.

I saw Greta Gerwig’s 2017 Lady Bird at the Tower Theater with a group of friends, and about 100 other people eager to see Sacramento on the big screen. As a non-native, my first thought as the credits rolled was: Crud. I better call my mom. But during the movie, as someone who’s made her home in Sacramento for a dozen-ish years, I was among the crowd giddily elbowing their friends, saying, “Hey, we know that place!”

Sacramento hasn’t really gotten its due, film-wise. We needed Lady Bird. The story resonates beyond Sacramento into the realm of the complicated dynamics of mother-daughter relationships, and does so well (though it’s been pointed out that 2002’s Real Women Have Curves contains very similar scenes). But another one of its gifts has been to rescue Sacramento’s name from the rolls of film “meh.”

Plenty of highly-acclaimed movies have been filmed partially in Sacramento. American Beauty. Cool Hand Luke. And then there’s a film that I personally hold in high acclaim: 1979’s Gas Pump Girls, a Porky’s meets Car Wash ripoff that features the gas station at 3201 Marysville Blvd.

Films that actually take place in Sacramento—those that feature Sacramento as a script location—are harder to come by. And those we have aren’t great.

But maybe you’ve been locked in too long and have a strong desire to see repeated movie depictions of the same three blocks of J Street. Don’t worry. I’ve got you covered.

First, Clint Eastwood stars as bail bondsman Tommy Nowack in 1989’s Pink Cadillac. He’s on the trail of Lou Ann McGuinn (Bernadette Peters), beleaguered wife of a small-time crook. It’s not McGuinn he’s after, but the eponymous pink Cadillac she’s driving, with a small fortune in counterfeit bills in the trunk.

This is essentially a road movie, but Nowack’s home base is Sacramento, where he bounces between his office and a deli, both in view of Rodney’s Cigars and Liquors.

The addresses painted on each building’s window don’t quite line up with the exterior he’s shown entering, But it’s the 1000 block of J Street nonetheless.

If you watch the full movie, look for a cameo by Bryan Adams of “Summer of ‘69” fame, and a brief spot by a not-yet-famous Jim Carrey.

It took 20 years for Sacramento to be the setting of a major film again, but 2009 was not kind to us as a city, giving us both The Ugly Truth and All About Steve. Thematically, both feature brilliant women oblivious to the art of seducing men. They are both cringe-inducing and a step backward for feminism, but hey, the writers chose Sacramento as their backdrop, so … woo-hoo?

Like Pink Cadillac, All About Steve is more of a road movie, where Sandra Bullock’s crossword-puzzle constructing Mary Horowitz falls for Steve (Bradley Cooper) after ten minutes of heavy petting in his car. Steve, a roving network cameraman, is not allowed a last name but is allowed bleached tips a la Guy Fieri, and Mary stalks him across the Southwest. She’s freed up time for this sojourn after turning in an obsessive, Steve-themed crossword to her editor at the fictional Sacramento Herald, who’s creeped out by it, but chooses to publish it anyway. Uh, okay.

All About Steve actually tries its best to incorporate Sacramento into its pre-road trip plot, with Steve suggesting Ernesto’s for their first-date dinner, a brief glimpse of the Sacramento Convention Center before it was a massive pit and another cameo from J Street, this time closer to the 1400 block. And hey, a Sacramento News & Review box! Iconic, ain’t it?

Alas, the beauty of Sacramento cannot save All About Steve. It is as terrible as its three Razzie nominations suggest. It was quite possibly the worst movie of 2009 … but The Ugly Truth may come in as a close second.

Still, it screams Sacramento from its first shots across the Yolo bypass causeway rice fields, over the Ziggurat building in West Sac, past the Old Sacramento riverboats and on to downtown.

It’s here where Katherine Heigl as Abby, accomplished enough to produce a network-affiliate morning show but apparently not worthy of a last name, lives a lonely life with her cat, D’Artagnan. When boorish Mike Chadway (Gerard Butler) gets integrated into the morning show’s cast … well, you see where this is going, right?

Thankfully, Lady Bird has likely saved us from that.

Nomadland: a road after Empire

Who let the books out?

4 Comments on "The land before ‘Lady Bird’"