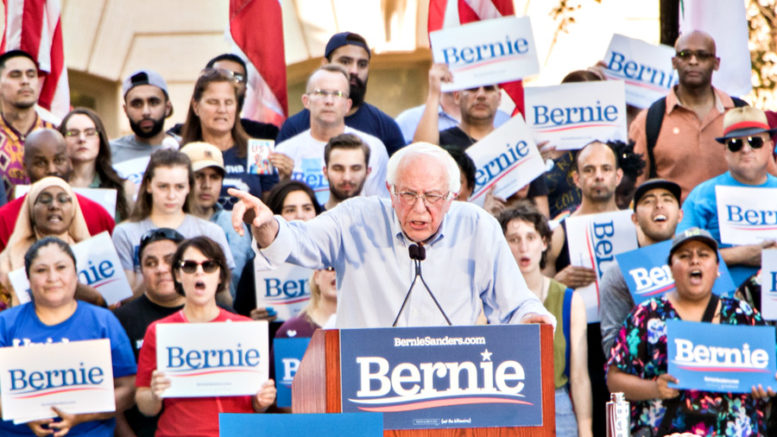 Elizabeth Warren has long been a firebrand against corruption and corporate power in the U.S. Senate, but while she brings an aura of precision and competency, her proposed solutions fall short of her promised “big structural change.”

If you are a Warren supporter, or a Democrat of any stripe devoted to protecting and expanding broad-based prosperity and equal rights, then you know we must defeat Donald Trump in November. To beat “Trumpism,” we must present a compelling counter-narrative, a powerful story about what America can be when we work together across differences to build an economy and a government that works for all of us, not just the 1%. And to rebuild a majority coalition from the multi-racial working class, we also have to make that story a reality.

There is only one campaign creating this kind of much needed political revolution.

Bernie Sanders has become the reluctant, but capable figurehead of a young, diverse and vibrant movement—something we have rarely seen on this scale in the history of American politics.

He has released bolder and more comprehensive plans than he did even in the 2016 Democratic primary to tackle the many crises we face as a society. And against all conventional wisdom these sweeping, radical proposals, his honest, straightforward analysis of wealth and power distribution and our movement of movements have propelled him to the lead for the Democratic nomination.

Contrast that with Warren. She promises to forgive some student debt, but her means-tested policy proposal falls well to the right of Sanders’ universal student debt forgiveness. She has also made concessions toward the center on other issues such as Medicare for All. Warren has sunk in the polls, came in third in Iowa and finished fourth in New Hampshire and Nevada. Her campaign is running out of money, and she has no clear path to victory, not for the Democratic nomination and certainly not against Trump.

Sanders, on the other hand, has earned trust and built on his support since 2016 among communities of color so that he now leads the pack with 29% of support from Latino Democrats nationwide, helping him win in Nevada and positioning him as the front runner in California and Texas. He has maintained his lead among young people of all backgrounds, and expanded his unprecedented army of volunteers and small donors, raising $108 million from individual donors as of December. He won the most votes in both Iowa and New Hampshire.

To carry this momentum into the general election, we cannot risk nominating a Mike Bloomberg or a Pete Buttigieg, who both represent an elite politics removed from the concerns and participation of everyday working people.

For us to win, the victory of progressive ideas within the Democratic Party must be a decisive one. In fact, a progressive base that remains split between Warren and Sanders could very well mean a contested convention. In that scenario, our nominee will be chosen by party insiders, not based on our preferences, a process that is guaranteed to be chaotic, disillusion new participants in our democracy, suppress voter turnout and severely weaken the Democratic Party right in time to go up against Trump.

So please, turn off the TV and social media, and come see what it looks like when millions of working people get together to fight for our own interests. Especially if Sanders is your second choice, consider making him your first. Us “bros” might be a little rough around the edges, but we have a world to win!

3 Comments on "Essay: We need a political revolution"