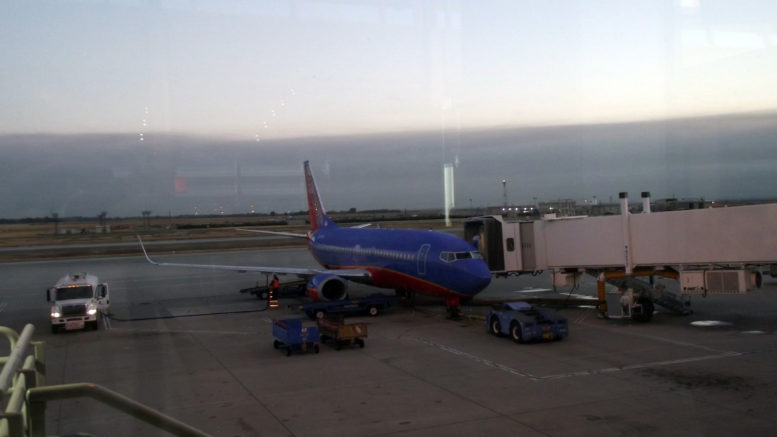 Proposal to privatize Sacramento airport is not cleared for take-off

It’s kind of like a cold call from a money manager promising a lucrative deal.

Oppenheimer, a major investment bank, pitched a plan in late 2018 to lease Sacramento International Airport to a private operator. It dangled tens of millions of dollars upfront and in annual payments that Sacramento County could use for roads, water systems and other infrastructure, or for paying down its pension debt.

Like most unsolicited offers, this one went nowhere. The Sacramento County Department of Airports says that the proposal was never presented to department leaders.

But it would have been understandable if county officials had at least listened.

At the end of 2019, the county still owed $851 million on $1.2 billion it borrowed between 2008 and 2010 to build the spacious new Terminal B, which opened in 2011. The timing was bad. Air travel declined coming out of the Great Recession, and airport revenues are repaying the bonds.

To keep up with growth, Sacramento airport officials say they need to add terminal gates and build more parking and a new rental car center. “The challenge is that we’re going to need to take on additional debt to cover new projects,” Airport Director Cindy Nichol, who started in October 2018, told the county Board of Supervisors last February.

Harvest Law Group of Sacramento is trying to help Oppenheimer with its pitch, but isn’t commenting further.

In the 22-page proposal—marked “strictly private and confidential” and dated Oct. 24, 2018—Oppenheimer says it can evaluate, structure and execute a public-private partnership to unlock “significant trapped capital.” It says that “investors are clamoring for U.S. airport assets” and that SMF is attractive because of its recent passenger growth and its strong parking and other non-airline revenues.

A private operator could increase revenues even more, and would bring “best-in-class design, operations, retail and customer service practices.” The presentation also says the airport’s operating and maintenance costs are above average, so a private operator could cut expenses by $15 million a year, “not necessarily” all from personnel costs. Sacramento County would still own the airport and would have some oversight over daily operations.

As the middleman, Oppenheimer would make a nice fee whether the arrangement is a success or a disaster.

It is pushing airport privatization around the country, but hasn’t found many takers, even though the Federal Aviation Administration has allowed more airports to privatize since starting a pilot program in 1996.

A 2014 federal audit blamed a variety of reasons for the lack of interest, including higher financing costs and the absence of local property tax exemptions.

Only San Juan International has completely followed through, with a $2.6 billion, 40-year agreement in 2013 that the Puerto Rico airport authority used to pay pensions. St. Louis Lambert International applied in 2017, but the mayor grounded the deal in December after criticism from business leaders and elected officials.

In Sacramento County, the idea didn’t even make it off the runway.

Be the first to comment on "Editor’s note: Failure to launch"