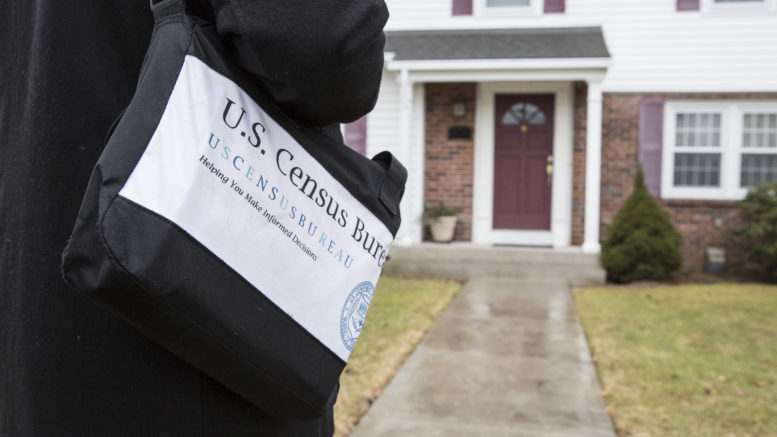 Success of 2020 Census depends on thousands of temps

If you have some free time and want to make sure that California keeps its political power and money, the Census Bureau is looking for a few good men and women.

Though the 2020 Census is the first population count being conducted mostly online, the bureau is still hiring 500,000 temporary workers across the country, including census takers, recruiting assistants, office clerks and supervisors.

While some have been hired and other applicants are in the pipeline, time is running out to get the workforce ready so Census officials are ramping up their recruitment push. California Complete Count, the state’s effort, is also promoting the jobs. The bureau is seeking 77,000 workers in California, including 2,100 in Sacramento County. (You can apply for all jobs with one online form at 2020census.gov/en/jobs.html).

The first Census mailings are scheduled to go out March 12-20. Final reminders are to be sent April 20-27 before census takers follow up to households that don’t respond. The bureau expects more than 30% of households will need to be contacted in person.

A lot is on the line for an accurate count.

Because so many Californians are fleeing to Texas and other states, the state is in danger of losing one of its 53 seats in the U.S. House. And state officials want their full share of more than $800 billion in federal money divided each year based on population.

California has lost out before. The 1990 Census missed 2.7% of the state’s population, far higher than the 1.6% undercount nationally. That cost the state a congressional seat and at least $2 billion over the following decade.

To avoid a repeat, the state is spending a record $187 million on public outreach, six times more than was spent for the 2000 and 2010 censuses combined. But all those efforts won’t be as effective without enough census workers.

While that’s more than minimum wage, which increased to $13 an hour for larger employers on Jan. 1, it’s not so easy to find workers in a strong economy. The state’s unemployment rate (3.7% in November) is the lowest since at least 1976, and is far lower than the 12.5% in January 2010 before the last Census.

The work is expected to last several weeks, but can have reduced hours or end sooner, depending on workload. The hours are flexible, but can be on nights and weekends. So the Census might be most attractive to those just entering the workforce, between jobs, working part time or retirees. California is among states where Census income won’t be counted against eligibility for food stamps and other benefits.

Applicants, however, do have to be fingerprinted and pass criminal background checks. For those with another job, it cannot create a conflict of interest. And partisan political activity is banned while on duty.

While advocacy groups are especially concerned that recent immigrants and ethnic minorities won’t be counted, the Census Bureau has some rules that appear to conflict. People who are fluent in different languages are encouraged to apply, but must be able to speak, read and write in English. Non-citizens can be hired as translators, but only if citizens aren’t available. In the 2010 census, fewer than 4,000 non-citizen translators were hired.

The Trump administration tried to add a citizenship question to the Census, which would have further discouraged immigrants from being counted, but thankfully federal judges blocked that move. California, a state of immigrants, has even more reason to make sure the Census is accurate—and that requires enough workers.

Be the first to comment on "Editor’s note: The big count"