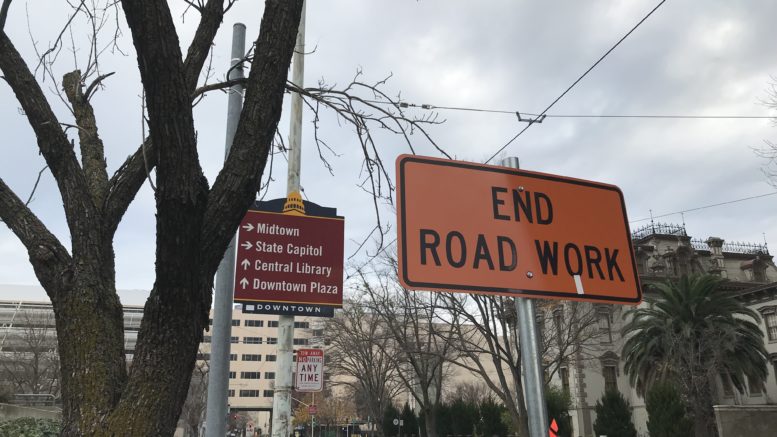 For transit sales tax to pass, residents must be heard

The Sacramento Transportation Authority needs to work on this whole public input thing, especially when it’s about to ask taxpayers for $8 billion to spend on transportation and transit.

If the STA board doesn’t get this right, a proposed half-cent sales tax hike on the November ballot is probably doomed.

On Dec. 12, at the first meeting to discuss a draft spending plan, 35 people signed up to speak. None of them got the chance. Mistakenly, the session was scheduled just before a Sacramento Public Library board meeting. The STA board could have taken a 20-minute break while the library board finished up and then reconvened; instead, it postponed the public hearing until Thursday, Jan. 9.

Susan Peters, the board’s chairperson and a Sacramento County supervisor, apologized repeatedly. Still, it’s not an auspicious start when the sales tax increase needs a two-thirds majority for approval, voters narrowly rejected a transportation tax in 2016—and when several STA board members warned that a measure tied to the current spending plan would fail.

“I don’t think this thing has a snowball’s chance in h-e-double-hockey-sticks of passing,” declared Elk Grove Councilman Patrick Hume.

It’s also not a good sign when none of the STA board members who spoke on Dec. 12 seemed enthusiastic about the draft spending plan put together by staff and consultants after holding community “listening” sessions.

Rancho Cordova City Councilman Garrett Gatewood said he opposes it because his city would only get 37 cents back for every $1 in taxes paid and because it includes too many projects that a recent poll shows have little public support. “It looks like it’s going toward stuff that no one cares about,” he complained.

In the poll, voters put the highest priority on fixing damaged roads, providing safe routes to schools and making their cities eligible for state and federal matching money.

The draft plan calls for $1.9 billion to go to Regional Transit and another $1.2 billion for transit and rail projects; combined, that’s about 38% of the $8.2 billion raised over 40 years by a half-cent sales tax. Of the rest, $3.1 billion would go to local road repairs and improvements, $1 billion to projects to lessen highway congestion and $445 million to key highway interchanges.

But environmental and transit groups want fewer highway and more transit projects, pointing out the climate change crisis. At the STA board’s direction, proposed projects will be measured against goals to reduce greenhouse gases and vehicle miles driven.

Leaders of Sacramento Area Advocates for Rail and Transit—among those who didn’t get to speak on Dec. 12—have an alternative plan that calls for 50% of the money to go to rail and transit, another 10% for bicycle and pedestrian projects and only 37.5% for roads and highways.

To generate more money to divide up, some STA board members talked about looking at a 1-cent increase or extending the half-cent permanently.

Under the initial schedule, the STA board would have tentatively approved a spending plan in February and adopted a final plan in May. Under a revised timeline before the board on Thursday, the board plans at least two more public hearings in February and wouldn’t take a vote until March 12.

It’s a good call to slow down to give more time for public input. It’s not going to be easy to find a compromise that wins enough support from various interest groups and from voters in Sacramento and the suburbs to pass countywide. If the public doesn’t get a full and fair hearing early on, it will be nearly impossible.

Essay: A transportation plan for all

Essay: Sacramento is no Portland