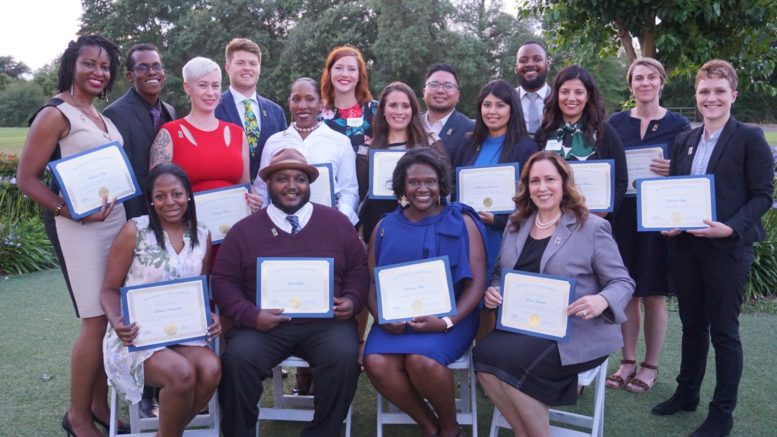 For a city to be strong and vibrant, it needs smart and dedicated leaders—not just in elected offices and corporate boardrooms, but in the arts, education, faith, law, media, nonprofits, philanthropy and other segments of civic life.

And it’s much healthier to have a broad group of people making big decisions on a community’s future.

But these leaders don’t just magically appear. They have to be found and nurtured.

Sacramento is blessed to have two thriving programs that do just that—the Nehemiah Emerging Leaders Program and the American Leadership Forum.

The American Leadership Forum recruits fellows who are already leading organizations or soon will be, mostly in their late 40s and early 50s.

As Scot Siden, Nehemiah’s program director says, his program is the master’s degree in leadership while the forum is the Ph.D. Scott Syphax, an American Leadership Forum fellow, was the driving force behind starting the Nehemiah program and is its current board president.

Nehemiah fellows are nominated, invited to apply and vetted. The top candidates compete during a full day of group exercises and individual interviews in front of 30 judges. This Selection Day for the next class was Aug. 2, and the new fellows will be announced in mid-September.

The program lasts 10 months, with one all-day and one evening session a month and a couple of overnight retreats, plus reading on leadership and a class project to benefit the community. Before they graduate, fellows must join a nonprofit board or government commission, or take a leadership position if they already serve on a board.

After 10 classes so far, there are 154 graduates, the most recent in June. Most of the alumni are not well known yet, but can make a big splash later. One example: Amanda Blackwood, who was in the 2015-16 class, became the first female CEO of the Sacramento Metro Chamber in May 2018.

She’s now among the fellows with the Mountain Valley Chapter of American Leadership Forum, who tend to be better-known and move in more powerful circles.

Bonnie Ferreira, the ALF chapter’s CEO, She said several dozen former fellows are involved in driving the renaissance of downtown Sacramento. Through partnerships, fellows appear on Capital Public Radio’s The Drive podcast, hosted by a former fellow, and on KVIE’s Studio Sacramento, hosted by another alumnus.

While the forum has diversity in jobs and geography, it is seeking more ethnic diversity, Ferreira said. It starts inviting new fellows in the fall after a six-month process that starts with nominations by previous fellows and decisions by its executive committee.

Besides developing leadership skills, both these programs bring together people who might not otherwise get to know each other. They create active alumni networks for social and business opportunities and strengthen the region’s social fabric.

So if you’re interested in taking a bigger role in Sacramento’s civic life, getting in one of these programs could be your ticket.

Essay: A transportation plan for all

Be the first to comment on "Editor’s note: Nurturing new leaders"