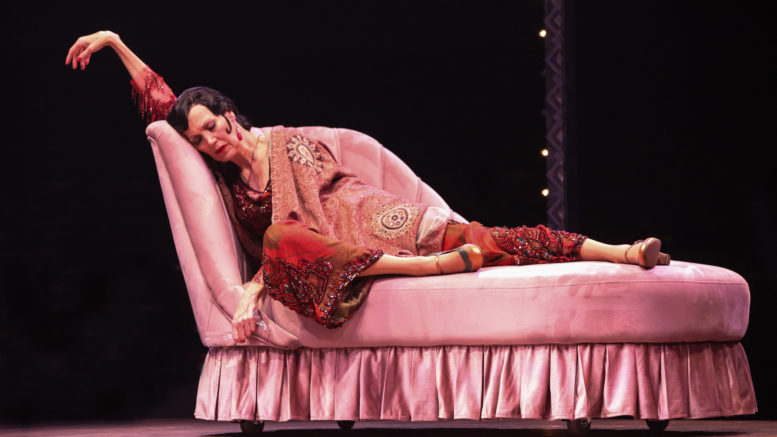 The Drowsy Chaperone is show is anything but a snooze fest. (Photo courtesy of Charr Crail Photography)

Bruce Vilanch shows us what a real musical theatre fan looks like.

You’d have to be seriously sleep-deprived to get drowsy during this week’s Music Circus production of The Drowsy Chaperone. This 2006 Tony-winner is both a spoof and a loving homage to the great old musical comedies that sought nothing more than to entertain.

Bruce Vilanch is brilliantly cast as Man in Chair, an agoraphobic, middle-ageish theater-lover who escapes his blues by spinning a recording of his favorite musical ever, the (fictional) 1928 play, The Drowsy Chaperone.

As if by magic, the musical comes to life in his drab apartment, with a full cast of singers and dancers portraying such characters as the reluctant actress and bride-to-be, the anxious bridegroom, a show-biz producer about to lose his big star (the bride), a Latin Lothario hired to futz up the wedding, and, of course, the title character, a lush of a chaperone who always seems to have a drink in her hand (despite Prohibition being in effect).

Among opening night’s sterling performances, Lynne Wintersteller stood out as the Chaperone, and her song “As We Stumble Along” is a highlight, with some memorable lyrics: It’s a dismal little world in which we live … But you mustn’t let it lick you / This planet oh so bland / Keep your eyeball on the highball in your hand / As we stumble along / ‘cross life’s crowded dance floors.

It’s also about the closest thing to a message this show delivers.

When will the show go on?

Be the first to comment on "Catching a few winks"