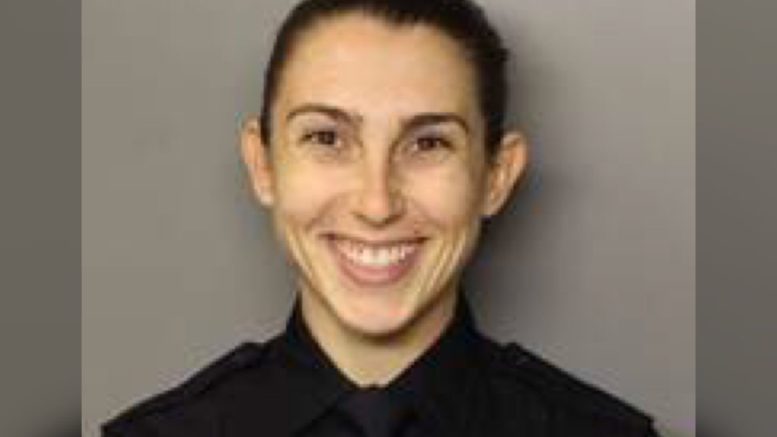 It was supposed to be a teachable call for a rookie police officer learning to protect others: A civil stand-by—literally standing by while a woman in an alleged domestic violence situation gathered her belongings and left a North Sacramento home where she no longer felt safe.

But then came the relentless rifle fire and the frenzied sirens, the agonizing delay to rescue a mortally wounded officer and the eventual surrender.

The 26-year-old was pronounced dead at UC Davis Medical Center hours after she was hit by rifle fire on June 19. The well-liked rookie died less than a year after she graduated from the Sacramento police academy and just six months after a gunman ambushed 22-year-old Davis police Officer Natalie Corona at the scene of a traffic accident.

As for O’Sullivan’s accused killer, convicted two decades ago of misdemeanor battery, he surrendered at his bullet-battered home with a small gash on his cheek.

“Officers were essentially ambushed by the suspect and the result was him murdering one of our community’s police officers,” Sacramento police Chief Daniel Hahn told reporters on June 21. “It is clear by the suspect’s actions that he was intent on murdering additional officers and was taking action to do just that.”

Much has been made about O’Sullivan being the region’s second female officer to be gunned down this year, the sixth area peace officer killed since 2014 and the first Sacramento officer killed in the line of duty in 20 years.

Meanwhile, domestic violence situations have long posed a threat to women and children escaping them—and the people who come to help.

“When people leave, that is the most dangerous time,” said Nilda Valmores, executive director of My Sister’s House, which helps women and children from the Asian and Pacific Islander and other underserved communities. “And of course it’s going to be dangerous for anyone who gets involved.”

During a 1 a.m. press conference inside Sacramento Police Department headquarters on June 20, somber police and city leaders revealed what they knew about a still-fluid situation, with a suspect—later identified as 45-year-old Adel Sambrano Ramos—holed up in the house where he allegedly used an assault rifle to cut down O’Sullivan.

The previous day around 11:40 a.m., police responded to a disturbance between a man and a woman at an Arden-Arcade home in the 3700 block of Esperanza Drive. Six hours later, officers went to a home six miles west for the stand-by and found the main house barricaded.

O’Sullivan and her training officer were among the officers. An officer’s body-worn camera captured what happened. Thirty minutes after they arrived on Redwood Avenue, the video clip shows the officer crossing the backyard lawn, under the shadow of an elevated trampoline, to a paint-stripped detached garage. The door is open but covered by a metal screen. It makes a tinny noise when the officer knocks on it. The video appears to show another officer’s flashlight shining into the dim entryway.

The officer opens the screen and levels his gun. “Adel, Police Department,” he says again. “If you’re in here, let me know. You’re not in trouble, dude.”

A series of cracks from behind sends the officer stutter-stepping. He turns and races for cover behind a draped boat. A shaggy dog skitters by his feet.

The rapid-fire shots resume. The officer senses the shooter on the other side of the boat. He and someone else make a run for it. The video clip ends.

Hahn said the shooter continued firing on his officers over the next four hours, with high-powered rounds that could pierce their body armor and ballistic shields.

O’Sullivan lay wounded near a shed in the backyard for the next 40 to 45 minutes. Police scanner traffic from Broadcastify captured the unfolding response as the shooter sprayed rounds primarily from his backdoor and two small south-facing windows.

“We need an armored vehicle,” one officer radioed. “We don’t have that much cover.”

At 6:54 p.m., an armored BearCat rumbled to the scene, providing cover for a group of officers to pull O’Sullivan out of the line of fire and get her to the hospital.

Some onlookers heckled officers when an armored rescue vehicle pulling into the scene stalled and billowed smoke. As officers moved the perimeter back and up the Sacramento North Bike Trail, one bystander pointedly asked, “What’s the race of the shooter?”

Others strained to make sense of the scene.

“I was driving up to go home, and then all of a sudden, I see all these cop cars and pulled over,” said Pauline Martinez. “And all of sudden I just heard pop-pop-pop-pop.”

Police evacuated homes near the barricaded gunman, with an officer radioing around 7:25 p.m. that two elderly residents were “pinned down.”

Police announced O’Sullivan’s death while crisis negotiators were trying to coax the suspect to surrender.

“We are devastated tonight,” Deputy Police Chief David Paletta told reporters. “There are no words to convey the depth of sadness we feel, or how heartbroken we are for [the] family of our young, brave officer.”

O’Sullivan majored in child development at Sacramento State University and was part of the first graduating class of the Law Enforcement Scholars Program, which emphasizes inclusion and cultural competency. She joined the department as a community service officer in January 2018 and graduated from the academy in December. She was still training and shadowing officers, and was scheduled to go out on patrol on her own soon. Sacramento State held a candlelight vigil for her on Sunday evening; her memorial service is scheduled for Thursday in Roseville.

Ramos surrendered to police shortly before 2 a.m. on June 20. Online court records show his last local conviction came in January 1999 for one count of misdemeanor battery, for which he was sentenced to 15 days in jail and three years of informal probation. A separate misdemeanor charge of injuring a spouse was dismissed in return for his no-contest plea.

He was being prosecuted for another misdemeanor battery, this one against a juvenile, at the time of the shooting.

According to the state Department of Justice’s list of prohibiting categories for owning a firearm, a misdemeanor battery conviction or warrant is good for 10 years. Ramos’ conviction occurred 20 years and almost five months ago. That time line no longer matters.

On June 21, the Sacramento County District Attorney’s Office formally charged Ramos with the murder of O’Sullivan and attempted murder of fellow Officer Daniel Chipp, along with two felony counts of illegal possession of an AR-15-style assault rifle. The murder charge comes with two special circumstance allegations, including that Ramos knew or should have known O’Sullivan was a police officer and that he killed her while “lying in wait.”

It isn’t uncommon for domestic violence calls to devolve into gunshots. Of the 37 officer-involved shootings the DA’s office has cleared since 2014, nine started off as a domestic disturbance. Another five involved some sort of family dispute.

Valmores, of My Sister’s House, said organizations like hers “appreciate the police officers risking their lives, or anyone else for that matter,” and that domestic violence victims are already aware of the dangers they face trying to escape abuse.

“They’re already fearful of their dangerous partners,” she said. “They already know that their partners can be life-threatening.”

While Valmores said it’s important for those facing domestic violence to always keep their guards up, she said she hopes that O’Sullivan’s death won’t prevent others from leaving.

“I don’t want survivors to be scared to change their situations,” she said. “What happened [June 19] is terrible, but I also don’t want people to be paralyzed by fear.”

According to the FBI, of the 55 peace officers killed in the line of duty in the United States last year, three were women. City Councilwoman Angelique Ashby said it’s more likely to happen as police departments continue to diversify their ranks.

“I wouldn’t want any young girls to walk away thinking that this happened because [O’Sullivan] was a woman, nor did it happen to Natalie Corona because she was a woman,” Ashby told reporters last week. “This will increasingly happen to women because women are joining the police force in increasing numbers. There were seven women in Tara’s graduating class. That’s a bigger number than we normally have.”

The evening after O’Sullivan was shot, 56 police academy recruits graduated at a Memorial Auditorium ceremony. Nine women walked the stage.

At the press conference, Ashby said that Corona and O’Sullivan were both admired for their grit.

“Both of these women were known for being tough,” she said. “[O’Sullivan] did a 30-minute plank in the academy. She’s tough, she’s strong. There was no one more fit or ready than Tara O’Sullivan to represent the city of Sacramento in our fine police department […] This had nothing to do with her being a woman. It had to do with her being a hero.”

If you are in a domestic violence situation or know someone who is, in the Sacramento area you can call My Sister’s House’s hotline at (916) 428-3271 or find information from the Sacramento Regional Family Justice Center at hopethriveshere.org

Essay: A call to action on ethics

1 Comment on "An unpredictable call. A heavily armed suspect. An ambush that leaves police searching after the death of Officer Tara O’Sullivan."