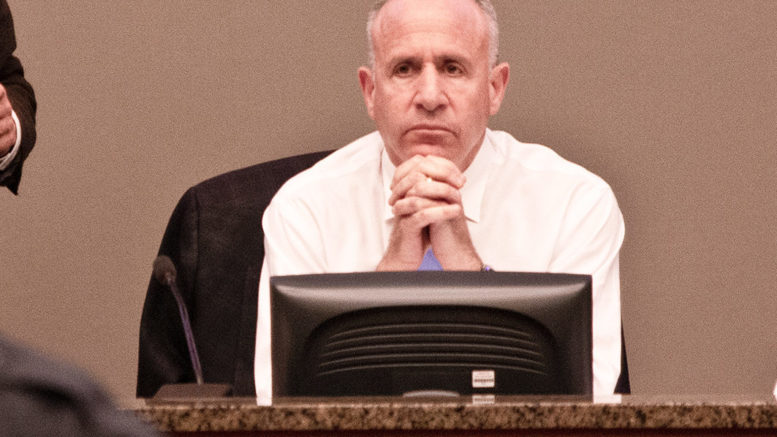 Mayor Darrell Steinberg is "exploring" a change to the City Charter to give the mayor's office more power. (Photo by Karlos Rene Ayala)

Mayor Darrell Steinberg just pulled off a huge triumph on the city budget and Measure U money. It’s only the most recent time he has used his powers of persuasion and political skills to get the City Council to follow his lead.

That seems plenty strong, but maybe not enough for him: His campaign recently asked voters about changing the City Charter to give the mayor more powers, though he says he has no immediate plans to take “strong mayor” to the ballot.

But why spend the money on the polling at all if there’s no real interest?

“We explore different questions periodically,” spokeswoman Mary Lynn Vellinga replied in an email, “and Mayor Steinberg has said repeatedly that it’s worth exploring how Sacramentans feel about their government and whether they would like to make a change so that elected officials have more responsibility.”

So what do residents actually think about “strong mayor?” She wouldn’t share the survey results.

Even without “strong mayor” powers, it’s difficult to deny that Steinberg has been effective during his two-plus years in office, as he rides the wave of economic growth and downtown development.

Even before he took the oath of office, Steinberg got his way on the long-planned expansion of the Sacramento Convention Center, persuading the City Council to back a scaled-down plan that left money for other projects.

Last November, he persuaded city voters to raise the local sales tax by a half cent. His plan for inclusive economic development for left-behind neighborhoods is well on its way after the council’s approval on June 11 to spend $40 million a year for five years.

He also supported police reforms and helped keep Sacramento calm after no charges were filed in March against the two police officers who killed Stephon Clark.

But he hasn’t made as much progress on the homeless crisis as he would like, so that’s part of his frustration. As Vellinga wrote in a statement: “He has no direct ability to site homeless shelters and make other significant programmatic decisions on this urgent issue.”

“Because of his experience and leadership ability, Mayor Steinberg has been able to accomplish big things with limited power,” Vellinga added. “But change has come slowly and with difficulty.”

Where have we heard that complaint before?

Oh wait, it was Steinberg’s predecessor, Kevin Johnson, whose obsession with “strong mayor” damaged him. It made him look power-hungry, divided his supporters in the business community and in neighborhood groups and diverted a lot of money and energy from other pressing needs.

Steinberg watched it all unfold from the state Capitol, and he’s a smart enough politician to avoid a similar implosion. Indeed, while seeking endorsements in 2016, Steinberg pledged that “strong mayor” wasn’t near the top of his to-do list.

With less than nine months before the March 2020 election, Steinberg appears to have clear sailing for a second four-year term. There’s no sign of a big-name, big-money challenger. Even if one suddenly pops up, Steinberg will have no problem raising as much money as he needs.

Only a messy scandal or an ugly battle over the future of the city—like changing the City Charter for “strong mayor”—could dramatically change that political equation.

Is it really a risk Steinberg is willing to take?

These plants feed themselves

Be the first to comment on "Editor’s note: Does our strong mayor want more power?"