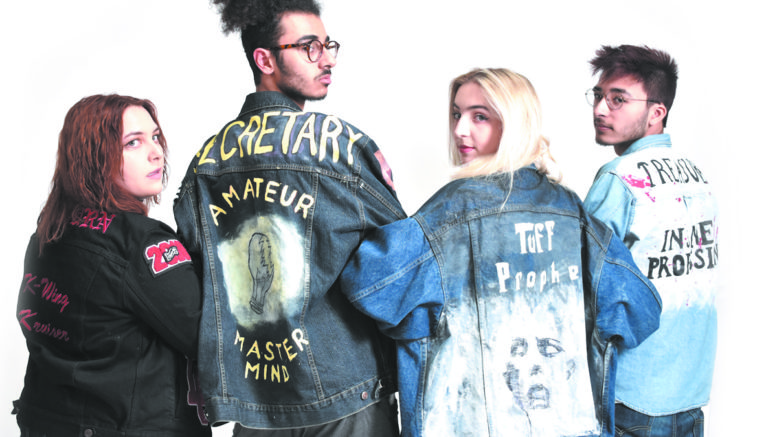 An Elk Grove teacher accused of tormenting her drama students resigned the same day that an SN&R story about her began circulating online.

But at least one parent remains concerned that Sarah Goodenough will teach again in another town.

Goodenough resigned from the Elk Grove Unified School District on May 1, according to an email a Laguna Creek High senior received from the principal and shared with SN&R.

Goodenough, who is credentialed to teach in California under the name Sarah Woodward, hasn’t appeared for work as a theater instructor in Laguna Creek’s Visual and Performing Arts Department since April 5. Before that, she was on leave for five months as the school investigated claims that she verbally abused and mistreated students.

While the school stripped Goodenough of her role as adviser of the LCHS Theatre Company, it reinstated her as its theater teacher on April 3.

Goodenough lasted only three school days, and didn’t return to class the following week, when dozens of students protested outside the school and shared their concerns with the Elk Grove Unified school board.

LCHS Theatre Company president Madeline Pogue, who received the email about Goodenough’s resignation, helped kick-start an investigation into her teacher.

She and her mother Amy Pogue provided administrators with written grievances from nine students following last fall’s production of A Midsummer Night’s Dream. The declarations alleged that Goodenough and two adult assistants verbally demeaned students backstage before, during and after the production.

“That’s when she started taking individual students—usually younger, underclassmen, girls—and she would berate them outside,” recalled Elijah Muller, a drama club member who witnessed some of the events.

But the school’s investigation didn’t involve interviews with the students, who told SN&R that Goodenough had a long history of exploiting sensitive personal information about their health, sexuality and family dynamics, and frequently left them inside the school’s Black Box Theatre to work unsupervised with power tools and sometimes engage in riskier behavior.

“She put me in charge of the power tools a couple of times,” Madeline said in an interview. “Like, ’Watch them. Make sure no one gets hurt.’ I don’t even know what to do if someone does.”

Several students also told SN&R that the Black Box without Ms. G became an occasional hub for drug use, underage sex and vandalism.

Maya Brewer, a 16-year-old junior, said a male student forced her to kiss him during one of Goodenough’s absences. She also told SN&R that Goodenough was sometimes physically violent with her when she babysat at the teacher’s home, and slapped her in March 2018.

“She started becoming more verbally abusive toward me, but only when no one else was there,” Maya said.

Other students reported the same pattern.

That includes whether there is or isn’t an active investigation into Goodenough. As for whether a teacher slapped a student off-campus, Pinkerton said, “Of course we’d be concerned about that.”

While such an allegation creates jurisdictional overlap, Pinkerton added, “I don’t think there’s jurisdiction over concern.”

But the school district can’t investigate something it learned in a newspaper article, Pinkerton noted.

“There needs to be a report made,” Pinkerton said. “We have processes that we follow.”

The same is mostly true for the state Commission on Teacher Credentialing, which issued Goodenough a Crosscultural, Language and Academic Development Certificate in 2015, under her former married name Woodward.

In an email, spokesman Joshua Speaks said the commission is “required by law to have either a district report, police report, or an affidavit signed by someone with direct knowledge to open an investigation.”

But, Speaks added, the commission can proactively reach out to a school district or victims if a news article raises concerns that haven’t yet been formally reported “to make sure we get jurisdiction as quickly as possible.”

Goodenough currently has a spotless record with the commission. She’s authorized to teach English to grades 12 and under, as well as adult classes, and worked for the Lodi Unified School District before moving to Elk Grove.

Maya’s mother Gin Brewer, who is also a teacher, texted that she was happy that Goodenough resigned, but concerned that it “means a different group of kids somewhere else” could still have her as a teacher.

The state doesn’t track substantiated claims of misconduct or abuse against educators.

Elk Grove Unified said it expected to provide SN&R with requested data on staff suspensions and terminations, and student-initiated complaints by early June.

National surveys provide cursory glimpses into the career span of American teachers. The National Center for Education Statistics, which is part of the U.S. Department of Education, surveyed approximately 4,400 elementary and secondary school teachers during the 2012-13 school year.

The survey found widespread stability, with 84% of America’s almost 3.4 million public school teachers working at the same school a year later. Only 8% of teachers left the profession between school years, and only 10% of that small subgroup left the profession unwillingly.

Maura Spiegelman, a statistician with the National Center for Education Statistics, said the center’s six-year-old survey is the most up-to-date look at teacher attrition. She wasn’t aware of another institution or database that collects information on teacher dismissals or movement.

Laguna Creek has a pretty experienced teaching staff. The teachers have an average of 14 years of experience, and less than 8% of the school’s teachers are in their first or second year, according to state education data.

The disclosure that Goodenough isn’t returning to Laguna Creek came in a roundabout way.

Following publication of SN&R’s story on May 2, Madeline said that she, Elijah and a Laguna Creek graduate were followed on Instagram by an account called “lies.ruin.lives,” which includes the tagline “Who’s The Real Victim.” One of the account’s two posts is of a shadowy, black-and-white image of a photo showing drama club students during a campus protest.

Concerned that she was being trolled, Madeline emailed Laguna Creek’s principal about the Instagram account and shared a screen shot of his reply with SN&R. In his email, Craig offered to connect Madeline with the school resource officer and asked her to report any direct threats immediately.

Before signing off, Craig closed with, “As an aside, Ms. Woodward has resigned from the Elk Grove Unified School District as of May 1st.”

Madeline, who graduates next month, said she felt some measure of vindication following more than seven months of trying to get her school to intervene.

“It’s nice to see that something came out of this,” she wrote in an email. “It seems a little odd that I had to message them about the Instagram account for them to tell me. Nonetheless, I’m glad she’s gone.”

Season of the Wiz

Be the first to comment on "Students insist: Not Goodenough"