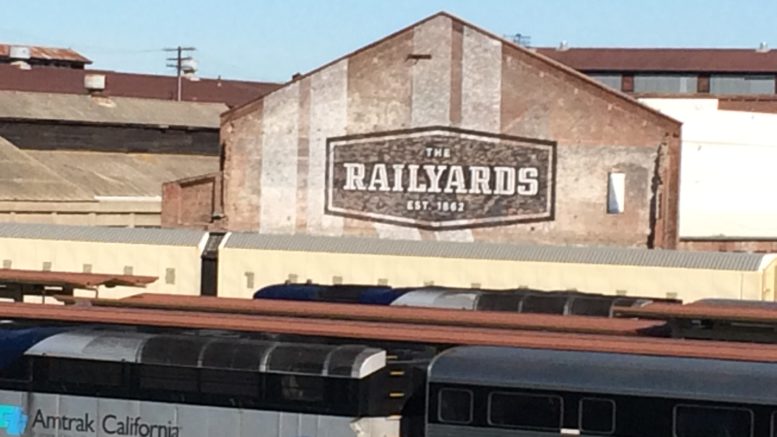 The railyards project on the edge of downtown Sacramento is starting to develop. (Photo by Foon Rhee)

In the buzz about the Sacramento railyards as the next game-changing development, it’s all about the state-of-the-art medical center, the new county courthouse and, especially, a sparkling soccer stadium.

What isn’t talked about as much may also turn out to be crucial to its success—a school.

Bill Mueller, executive director of Valley Vision, says good schools are essential to more housing downtown, as well as a key component of “20-minute neighborhoods,” the urban design principle that everything you need for daily life is within walking or bicycling distance.

The Sacramento City Unified School District says it has an agreement with the railyards developer for a K-6 or K-8 school, once there are enough students. But for parents to be confident enough to send their kids to that school, the district needs to fix its finances and make peace with the teachers’ union, which held a one-day strike on April 11.

The railyards plan approved by the City Council in 2016 calls for 6,000 to 10,000 housing units, predicts a potential need for new schools and says that developers would be expected to pay impact fees to help pay for them. The plan also points out that because it’s an urban infill site, a typical suburban school won’t work. Instead, a school would have to be multi-story with small playgrounds, perhaps even on the roof.

The 244-acre site on the edge of downtown is the former home of Union Pacific Railroad’s railyards, the largest west of the Mississippi. As big as the existing central business district, it has long been billed as one of the nation’s largest infill development sites. After decades of false hopes and false starts, it’s still mostly vacant land, except for fences, a few piles of dirt and the faded-brick rail shops. The new roads are dead ends.

So you really have to use your imagination to see what the railyards could become, anchored by several signature projects:

A new $499 million, 543,000-square-foot Sacramento County Courthouse is set to open in 2023. Kaiser Permanente has finalized its land purchase for a 1.2-million-square-foot medical center scheduled to open in 2024.

And Sacramento Republic FC plans to build a 20,000-seat stadium, plus an entertainment district on the surrounding 17 acres—if it joins Major League Soccer. That appears likely, though the timing is still up in the air. After MLS owners met April 18, the league announced that it will add three teams and pick two cities probably in late July, and invited Sacramento to make a formal bid.

The railyards developer, LDK Ventures, is trying to raise the project’s profile, with a new online “tour” launched last month that highlights what is planned for each of the five areas, including shops, restaurants, a hotel and parks.

The tour doesn’t mention schools. For home buyers, stores and amenities are important, as well as location. But quality schools still matter, too.

Perk up your garden

Be the first to comment on "Editor’s note: Don’t get schooled"