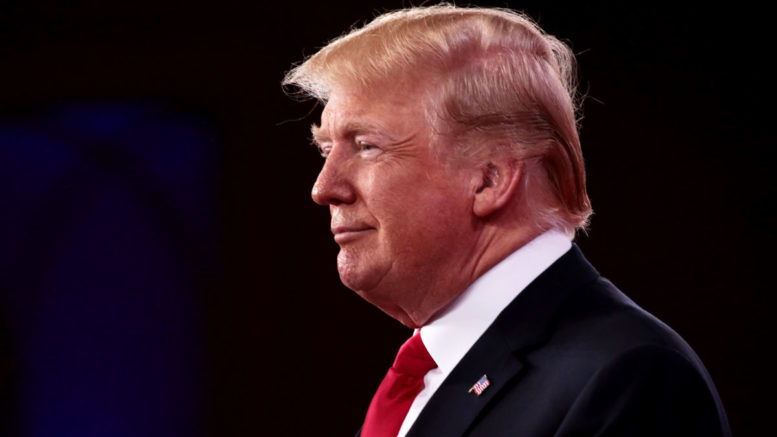 For two years, as they had fought one Trump action after another, many had comforted themselves with the thought that Mueller’s team, The Untouchables of our era, would find a smoking gun in the Russia investigation.

It seemed so clear—from the public statements made by Trump, from the private actions engaged in by many of those around him, from the successful prosecutions of former National Security Adviser Michael Flynn, former Trump 2016 campaign Chairman Paul Manafort and others, from Roger Stone’s indictment regarding his coordination with Wikileaks—that Trump’s interests and those of the Russian government were working in lockstep in 2016.

Then came Barr’s bombshell summary, barely a 1,000 words in length. Instead of detailing a smoking gun, it provided something akin to absolution. Barr didn’t release the full report—presumably hundreds of pages in length—but instead sent a short letter to Congress, in which he simply and tersely announced that Mueller’s team had found no evidence of organized collusion with the Russian state.

Jill Shallenberger, a steering committee member of Sacramento Indivisible and an organizer with NorCal Resist, said she was “left feeling very disoriented by Mueller’s apparent conclusion on collusion, because of the almost uncountable number of lies and contacts between the Trump administration people and Russians.”

“There’s a disconnect I don’t understand,” she said. “If anything, I am more alarmed than ever about the level of capture of key levers of power.”

Treadwell argues that even if there was no deliberate collusion, temperamentally Trump has shown himself time and again to favor autocrats such as Russian leader Vladimir Putin over democratic leaders who historically have been U.S. allies. “It’s very evident,” Treadwell said. “He will not criticize Putin or any other strong leader around the world.”

Treadwell said he believes that the full report, if and when it is finally released, will show that while Trump may not have personally conspired with the Russian government, at the very least tolerated a flirtation with autocracy that threatens to “change our form of government.”

Yet, perhaps with hindsight, the conclusion of no collusion ought not to have been a huge surprise given how hard it is to prove conspiracy, an action looping in many people in a coordinated series of actions, as opposed to individual acts of venality and corruption.

For all the general public knows at this point, the full text of Mueller’s report may well detail a host of individually sordid and in some cases criminal actions—the ones that already have resulted in convictions of close Trump aides—while not finding that they were coordinated enough to qualify as collusion.

More surprising to many than the collusion finding, however, was Barr’s decision not to move forward on potential obstruction of justice charges, despite Mueller being unable to fully exonerate Trump on that issue. They point to Trump’s myriad public comments and tweets aimed at trying to intimidate witnesses, and his conflicting statements about why he fired then-FBI Director James Comey.

“It looks like a full-on assist Barr gave to Trump,” Shallenberger said. “I am deeply troubled by that; it’s a clear tipped ball to Trump.”

Across the progressive community, there was an acknowledgment of the short-term boost that Mueller’s report will likely provide Trump and of the fact that it probably has taken impeachment off the table at least for now.

But there was also a determination to fight tooth-and-nail to defeat Trump and Republicans in 2020.

“I’m focused on making sure that in 2020 Trump doesn’t succeed again, and it has nothing to do with the Mueller report. We must be organized in our communities and reach out to underserved populations,” said Dennessa Atiles, an Elk Grove-based spokesperson for California-wide Indivisible StateStrong and president of Wellstone Progressive Democrats of Sacramento County.

After all, people didn’t join groups such as Indivisible after the 2016 election solely because of the perception of Russian dirty tricks, nor did millions more voters side with Democrats over Republicans in the 2018 midterms just because of the Mueller investigation.

Most were animated by a disgust at Trump’s racism, his demagoguery, his crude behavior toward women and his administration’s treatment of vulnerable groups: refugees, the poor, those needing help with health insurance costs, those bearing the burden of climate change. And nothing that happened Sunday has changed that basic moral calculus.

“I fear the emboldening of white nationalists, of anti-immigrant voices in the administration,” she said. “I feel like the most vulnerable people in our country, including immigrants, refugees, asylum-seekers, their vulnerability is increased. I’ll fight with everything I have for the protection of our democracy, our neighbors, the most vulnerable among us, our communities.”

Be the first to comment on "Sacramento progressives, shocked by Mueller report, point to 2020"