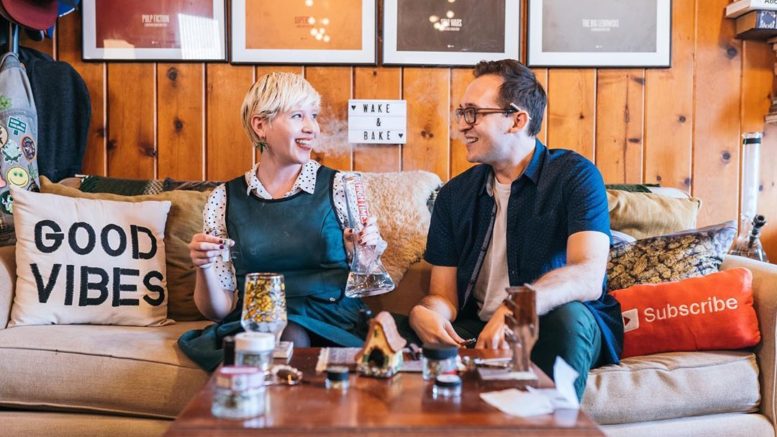 No one really understood why, nor did many channel creators. Weed is undoubtedly one of the least threatening topics featured on YouTube, and although its policy prohibits the sale of “highly regulated substances,” most channels never link to businesses that sell marijuana.

As small creators had accounts suspended or removed, celebrity or “high status” channels such as Vice or the Snoop Dogg-founded publication Merry Jane, survived the purge. The range of deleted channels spanned the educational website Leafly, cultivator Jorge Cervantes and stoner personalities such as Matthias710WRX and CustomGrow420.

Some of those creators have moved elsewhere—Instagram, WeedTube, Vimeo or Twitter—or have completely sworn off all platforms to pursue other endeavors.

But some have come back from YouTube timeout to carefully curate content for weed enthusiasts. Here are five YouTube channels that provide the highest form of entertainment by discussing the social issues and stigmas that surround cannabis, as well as dishing on product reviews and advocating for medicinal marijuana as a federal right.

Getting Doug With High

“Comedian Pete Holmes was on again recently and he always presents a fun challenge for me because normally he’s a pretty hyper guy,” Benson told SN&R in an email. “Then he gets high and gets even more hyper! High-per, if you will. He becomes a complete menace, but it’s hilarious. I mean, high-larious.”

420 Science Club isn’t just an online storefront for your every smoking need. It’s also an educational resource for cannabis news and products. 420 Science Club’s YouTube channel follows hosts Gary and Brandon on their smoking escapades. Viewers can discover new insight into smoking accessories and glassware. Every week, the two talk about smoking products that recently hit the market: bongs, vaporizers, pipes or even joint-rolling devices. The two also interview artists, growers and other cannabis enthusiasts, as well as detailed smoking techniques and answers to viewers’ questions.

“The main purpose of our channel is to inform and educate our viewers on the highest quality products for enhancing their sessions,” Brandon said. “We want people to have the best smoke sessions possible. … We also love to go on location for cannabis grows, extraction labs and interview big names in the cannabis industry when we can.”

420 Science Club has nearly 100,000 subscribers on YouTube. Brandon said they plan to redesign their set and update the channel to be even more involved with the cannabis community.

“More than anything we want people to know that you can have fun enjoying cannabis while still being a responsible and productive member of society,” he wrote. “We strive to change the stereotype of the typical stoner and elevate the experience of everyone that tokes.”

Run by a Rhode Islander named Sasha, SilencedHippie spotlights a vlogger with a huge personality and a whole lot of friends with more than 400,000 subscribers. Back from the YouTube purge, Sasha loves to show off her smokables, creating videos on her glass hauls and product purchases. On a semi-weekly basis, Sasha records her smoking sessions and sometimes brings friends from other channels on to join in—including Gary from 420 Science Club and Josh of StrainCentral—to talk about what she’s been up to and what’s changed in her cannabis-infused world. SilencedHippie is a loveable stoner friend who feels like a natural on screen that definitely deserves attention.

Probably the most informative of the bunch, Leafly’s channel is a must-watch for cannabis enthusiasts who want to learn about every spectrum of the marijuana industry. The channel features reviews of strains, edibles and cartridges from major brands, as well as video showcases of popular dispensaries and interviews with growers from around the nation. It’s full of tutorials for the enthusiast, introducing basic growing techniques for those who’d like to try their hand at bud, and explaining concepts such as microdosing with THC and creating pipes out of everyday objects for curious smokers. Leafly is home to some of the most interesting weed-related content YouTube has to offer, and the channel’s quality is only improving with time.

Alice and Clark love each other as much as they love smoking weed. The pair are known on YouTube as That High Couple, a bright and happy duo who love showing off the best parts of weed in Los Angeles. They usually toke up in their “Dabbin’ Cabin” and showcase the latest in smoking goods, but the channel is at its best when they’re filming on location, detailing California’s wide variety of 420-friendly hotels, weed parties and weed yoga classes. They also do excellent dispensary tours, which are helpful for locals and tourists alike.

“Our channel is all about exploring our passion for cannabis,” the couple wrote SN&R in an email. “That includes vlogging from different weed events, reviewing new products and teaching others how to incorporate cannabis into their daily lives. Weed definitely helped bring us together, so we believe that by sharing our love for this plant with viewers online, they, too, can open themselves up to new experiences and new people. We’re proof that you never know which weed encounter could lead to wedding bells!”

Be the first to comment on "High class entertainment"