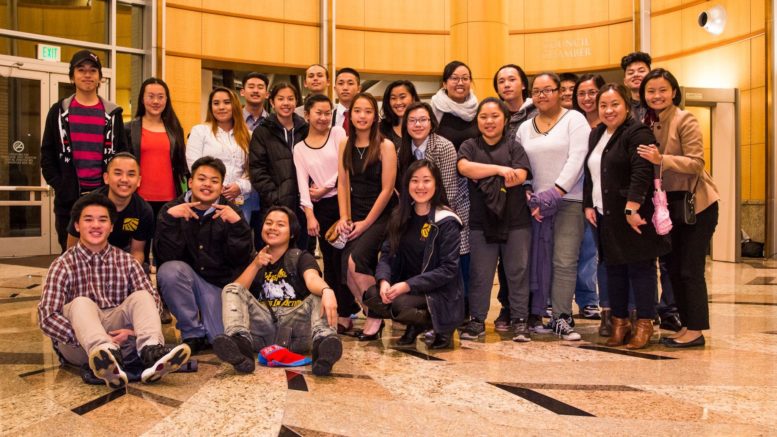 A long list of Sacramento groups are pushing a March 2020 ballot measure to lock in more funding for children and youth services.

So why is an Oakland youth center bankrolling the effort?

Don’t be alarmed: This isn’t a case of nefarious outsiders or campaign finance collusion.

It turns out that the East Bay Asian Youth Center started operating in Sacramento in 2014. From an office on Franklin Boulevard, three full-time and three part-time staffers work each year with 40 to 50 youth, mostly from Southeast Asian families in South Sacramento, who are on probation or having difficulties at home or school, said David Kakishiba, the center’s executive director. The center also runs a youth leadership program at Grant, Hiram Johnson and Luther Burbank high schools.

And it isn’t shy about getting involved in local politics.

Of the $232,225 raised by the Sacramento Kids First campaign as of March 31, nearly $172,000 came from the East Bay center, according to campaign finance reports filed with City Hall.

Jim Keddy of Youth Forward, a leader of the Sacramento Kids First coalition and a longtime youth advocate, conceded that it could be “off-putting to people if they see someone they think is an outside organization.” But the center has “real roots” in Sacramento, he said.

Kakishiba said his center is one of the biggest coalition members so had the upfront cash to finance the signature gathering effort.

The Sacramento County Registrar of Voters is checking the 51,394 signatures submitted to see if there are enough valid ones—at least 35,760 are needed—to qualify the measure for the ballot. (On June 17, the registrar reported 39,017 verified signatures, far more than needed.)

Though the measure made the ballot, Kakishiba said it’s unlikely the center will fund the campaign. “We’re beyond tapped out,” he said.

So local groups will have to raise money, mobilize volunteers—and win support from city elected and business leaders.

The measure would amend the City Charter to establish a Sacramento Children’s Fund. Starting in July 2021, the fund would receive 2.5% of unrestricted revenues, or about $12 million a year. That money would be in addition to existing money for children and youth programs in the city’s budget. Unless renewed by voters, the measure would end in 2034.

Keddy said a stable funding source is essential because elected officials tend to only pay “lip service” to children’s programs that prevent problems, especially compared to police and fire.

Oakland voters passed a similar measure in 1996, after a campaign led by the East Bay center. It is raising more than $14 million a year; in 2018-19, the center received about $1.2 million for summer and after-school programs serving 2,000 children, Kakishiba said.

If the Sacramento measure passes, the center is likely to be in line for some money. The center also supported Measure Y, the June 2016 ballot measure that would have steered $5 million a year in taxes on cannabis cultivation and manufacturing toward youth services. But it fell just short of the two-thirds super-majority needed to pass.

This measure would only need 50% plus one to pass. If it does, Sacramento youth advocates will have an Oakland-based group to thank.

“We’re very hopeful,” Kakishiba said, “and we’re on the right side of history.”

Be the first to comment on "Editor’s note: Outside money? Not really"