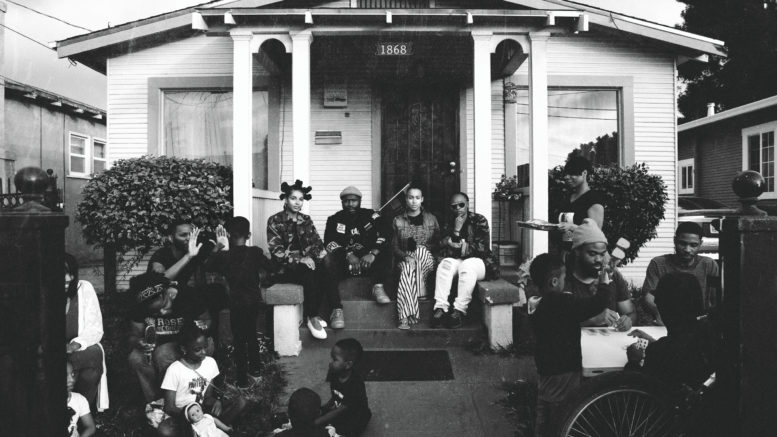 When I first saw SOL Development at Harlow’s Restaurant & Nightclub in 2016, I cried actual tears of joy. The Sacramento-rooted, Oakland-based hip-hop, jazz and soul ensemble fuses the entire Black music experience into one show. When SOL Development announced they were celebrating the release the their debut album, The SOL of Black Folk: Of The Dawn of Freedom, I had to be one of the first people to buy tickets.

Mino Yanci, SOL’s backing band and a 2019 SAMMIES nominee for Artist of the Year, opened the February 15 Guild Theater show with roller-coasting jazz fusion. Keyboardist Damani Rhodes then introduced his wife, R&B-soul singer Vadia, who performed originals and covers including a Mino Yanci-styled version of Aretha Franklin’s “I Never Loved A Man” and a funkdafied version of The Beatles’ “Hey Jude,” which sounded like D’Angelo and Paul McCartney connected over drinks at Shady Lady. The standing-room only crowd audibly groaned when Vadia announced her set’s last song.

Then we were hit with a musical gut punch. SOL Development vocalists Dr. Felicia Gangloff-Bailey, Brittany Tanner and Lauren Adams took the stage with emcee Karega Bailey, aka the “Peace King.” The experience felt more like church than a hip-hop concert, from the soulful song “Sabali Yanci” to a hype performance of “Helicopters,” where Karega rapped and danced in the crowd. King Keon, a Sacramento rapper featured on the record (and Karega’s brother), kept the family affair rolling with a jazzy version of the SOL song “No Indictment.”

By the middle of the set, the album’s theses were clear. Despite the local and national incidents that inspired the deeply painful lyrics Karega raps, hope persists. When Lauren Adams led the ensemble in “She Complied,” followed by Brittany Tanner, who sang “Brother” and “Alone,” the lyrics relayed that traumatic experiences and healing don’t happen in isolation, and whether you’re 5 or 55, recovery is lifelong.

The message culminated with the song “Diamond,” with Gangloff-Bailey singing “Patience is more precious than a diamond” in the chorus. Sol Development’s mission is bigger than music, and they’re in it for the long haul. In an age where it’s easy to feel hopeless, they implored: “Don’t be afraid to be a source of light.” You never know who you’re inspiring.

Be the first to comment on "Light before dawn: Recapping SOL Development’s Guild Theater show"