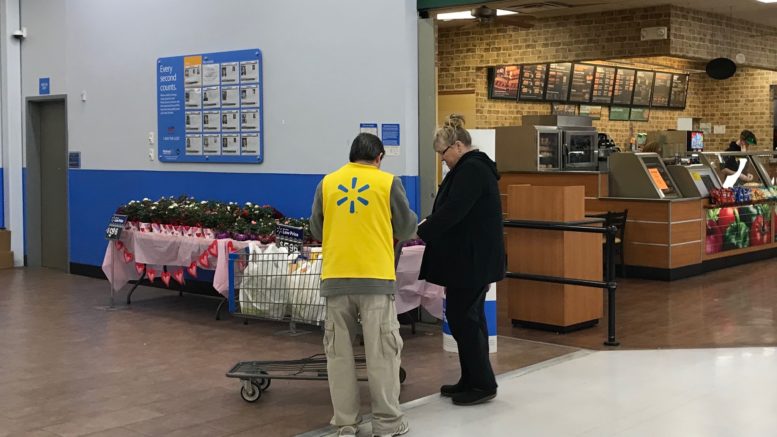 In its nearly 70-year history, Walmart has added groceries, prescriptions and even on-site oil changes to its discount portfolio. Now, at least one store in Sacramento County is adding the airport security experience.

On the last week of January, the Folsom Walmart began requiring all customers to have their receipts scanned by a loss prevention officer before leaving the store. SN&R observed the roll-out of this policy on January 28 and 29; on both dates irritated shoppers asked what was going on.

On the afternoon of January 29, Walmart public relations specialist Casey Stanley, who works out of the corporate home office in Bentonville, Ark., told SN&R he hadn’t heard of any Walmart location implementing such a policy that wasn’t part of the special Sam’s Club division.

Later, on February 4, Stanley clarified his earlier statement, saying he learned the policy originated with the regional corporate office to which the Folsom store belongs.

“The store is testing some new security measures,” Stanley said. “It has to do with shrinkage. … It’s about making sure that everything is paid for fully, and incorporating new technologies as well.”

“Shrinkage,” or corporate speak for theft, isn’t common in the suburb. According to the FBI’s Criminal Justice Information Services Division, Folsom has the lowest rates of burglary and property crime of any incorporated city in Sacramento County. It also has the second-lowest larceny rate in the county.

At the beginning of 2018, Walmart made its biggest push yet to phase out cashiers in favor of automated checkout and app devices, according to a report by Forbes. The company was moving in that direction the year before, when its American Customer Satisfaction Index score dropped a full percentage point.

Asked if Walmart’s plan to make customers do the work of checkers played a role in the Folsom store’s new theft concerns, Stanley did not give a direct answer. He did acknowledge that the Folsom store might adjust is policy down the road.

“It’s something they’re trying,” he said. “This isn’t necessarily permanent.”